Currently, ICMIZER 3 allows using the FGS model with depths 1 through 6.

The recommended depth setting in ICMIZER for the current number of players is marked in the ICMIZER FGS settings menu: 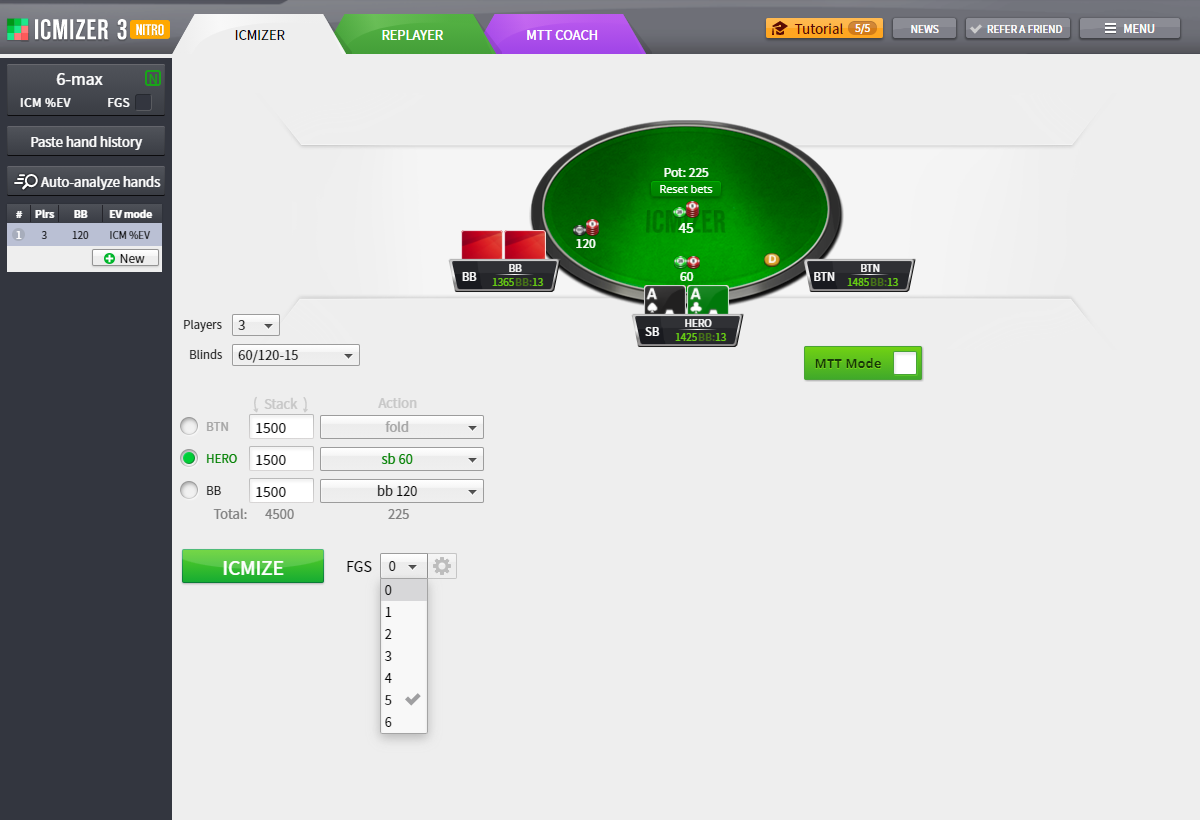 It’s important to understand that FGS calculations at great depths take a lot of time, and the impact of additional depth on ranges may be very minor. If so, faster-performing models like ICM, FGS1, or FGS2 are probably more suitable.

The FGS depth in MTT Coach

If the FGS option is turned on 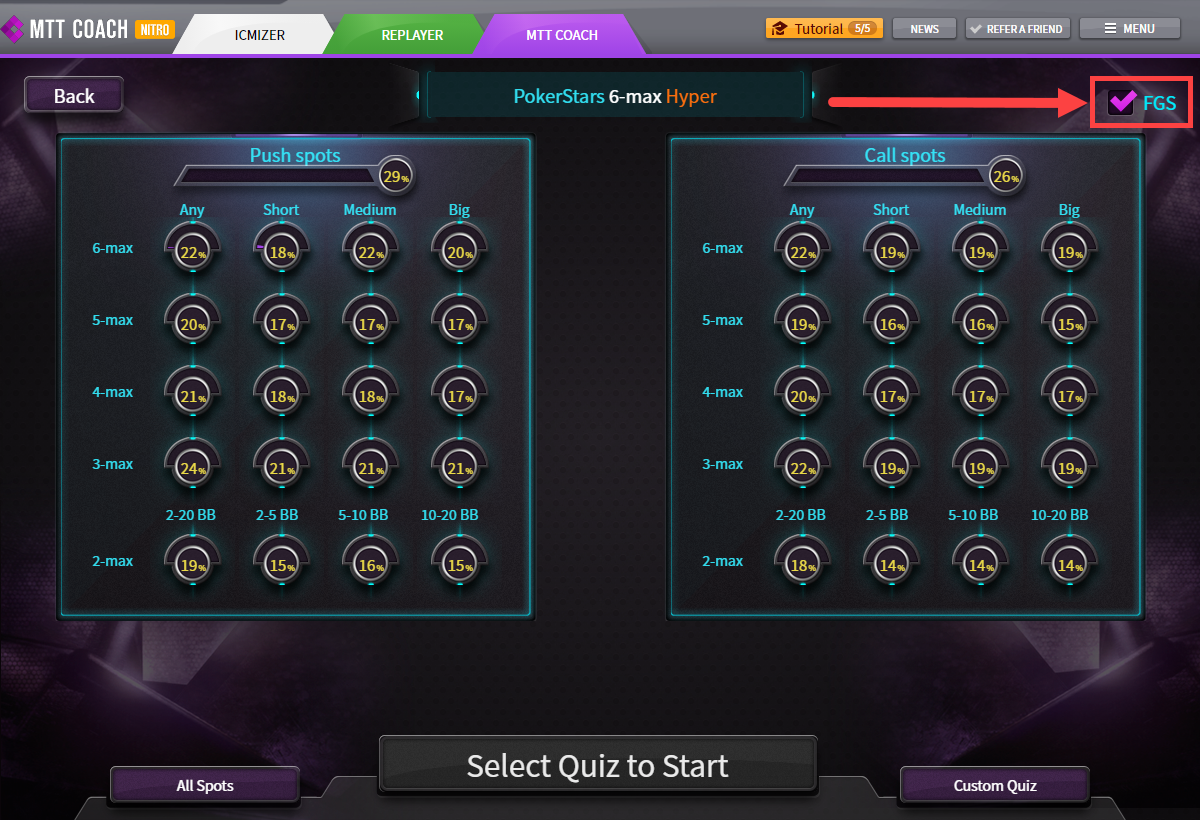 What does FGS depth mean and how does it impact calculations and optimal ranges?

FGS is a straightforward improvement on the traditional ICM which eliminates one of its main shortcomings: that ICM ignores blind sizes and player positions. For example, if you’re down to two blinds, your position makes no difference to ICM; be it UTG or BTN, your tournament equity will be the same as far ICM is concerned.

Naturally, modeling the future is an expensive process in terms of performance, so FGS calculations take a lot more time than ICM calculations do.

Unlike ICM, FGS does take into account player position and blind sizes when determining tournament equity. For example, if UTG has two blinds in her stack, FGS of depth 1 will see that the big blind will more on the player in the next hand, which will likely have negative repercussions for her stack. Understanding this, FGS will adjust the stack’s equity in this hand. In the same situation, ICM would not see that the player is in any danger on her current UTG position.

Perhaps it’s worth explaining that in tournament poker, with each new hand a certain process takes place that has to do with the natural adjustment of all players’ tournament equities based on their position. Put simply, BB loses a lot of equity, SB loses a little equity, while BTN gains equity. (If we go into more detail, usually other positions also gain a little bit of tournament equity that the blinds lose.)

With some combinations of stack sizes and payouts, this pattern of equity fluctuations may vary, but it mainly amounts to the following: BTN goes up, SB goes down, and BB goes down a lot.

As positions rotate, this pattern affects each player and each hand in succession. After the full cycle is over, the equities do even out; but before they do, some positions will enjoy an advantage over others. The well-known ‘buttoning’ practice exploits this pattern in cash games, but in tournament poker it doesn’t apply.

Each additional level of FGS depth makes the model look one extra hand ahead and apply the position-based pattern for that future hand to the player’s calculated equity for this hand.

Consider a 6-handed table and how this pattern will affect the player who’s currently on CO. In the next hand she will be on UTG+1, and then on UTG, on which she will not put up any blinds which are slightly advantageous within the pattern we’re discussing.

On the other hand (no pun intended), consider the player who is currently on UTG+1. FGS 2 will notice that 2 hands from now, the big blind will move on this player, which means that FGS 2 will rate his current tournament equity on CO lower than FGS 1 would.